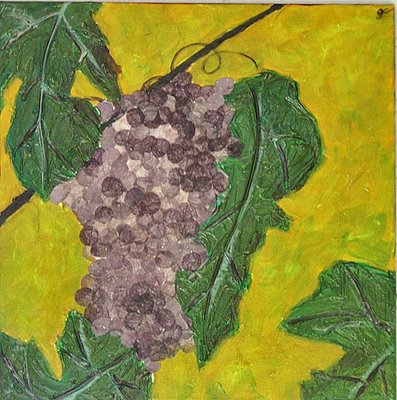 Nebbiolo and Nero D’Avola. I could not have imagined the vast range of discussions that could have arisen during this wine tasting. There are so many things to say about our Winerdì last Friday that I don’t know where to start. So, let’s begin at the beginning. Our host, Fabrizio Erbaggio began the evening as usual with a brief history of Nebbiolo. Grown primarily in Piedmont, it can also be found in the Valtellina valley in Lombardy. It is a difficult grape to cultivate, so as Fabrizio put it, much attention is needed in the vineyards as well as in the cantina. At this point we try our two Nebbiolo wines; Nino Negri’s La Tense (Sassella Valtellina Superiore DOCG) and Vietti’s Perbacco 2006 with a degustazione led by Luca Massimo Bolondi. We could have spent the evening discussing only these two. One might think that the same grape would produce wines that are similar. Similar in some ways, yes, but we noted the that the difference in region, terraced vineyards and sandy silty based soil of Nino Negri’s wine produced a wine that was lighter in color. Vinification played a big part in taste and aroma. Vietti’s Nebbiolo, Luca pointed out was very elegant. This wine had a deeper color and treated us to cherry and dried flower aromas. This wine also spent quite a bit of time in legno-ten months in barriques then another 16 months in oak casks. Practically the same process used for Barolo.
Next…Nero D’Avola from Sicily. Two wines; Firriato’s Chiaramonte Rosso 2007 and Morgante’s Don Antonio 2005. Two choices that represented the grape and Sicily very well. Nero D’Avola, in fact, loves the hot Sicilian sun and is not found in many other places around the world. So what did we see in these two wines? Chiaramonte, a wine on Gambero Rosso’s list of best value for the money, has a dark ruby color, aromas of red fruits and spices as well as a good balance of tannins and acidity. This wine spends 6 months in barriques as compared to Don Antonio’s 12 months in oak barrels. Ah, Don Antonio, already a favorite of a few people in the audience and after trying myself, I could understand why. Sweeter aromas, darker color, smoother tannins, and a stronger acidity gave the wine the vote for the favorite of the evening.
Once again, Winerdì achieved what it had set out to do. Give wine lovers of all levels a greater understanding of a particular wine in a comfortable, casual multicultural environment. At the end of the evening, Fabrizio and Luca were already throwing ideas around for future themes. Stay tuned!!!